Learn more about our camp themes and daily schedule below.

“I would certainly recommend Tessa’s Summer Camp! Tessa is an immense value – an asset to the Hoboken community, there really is nothing like it here.”

“We like the group setting for learning another language and also that the language learning is experiential, alongside learning other developmental skills. The environment is welcoming and staff dedicated and kind.”

“We would absolutely recommend Tessa’s Summer Camp! Our daughter has been loved and cared for, in addition, she has improved her Spanish, incorporating words, phrases and songs into her every day.”

“Teaching languages at an early age is such a smart idea. I have met lots of nice families here and would definitely recommend Tessa.”

“The teachers are so caring and reinforce the children’s natural qualities. All personnel is very responsive, efficient and professional. My son has been happy to go to Tessa every morning.”

“Love the teachers and activities, content, curriculum and environment. Would definitely recommend!”

“Tessa are experts in language! My son has improved.”

“Connor has loved his classmates and his teachers. It’s been a fun and positive environment, with lots of music!” 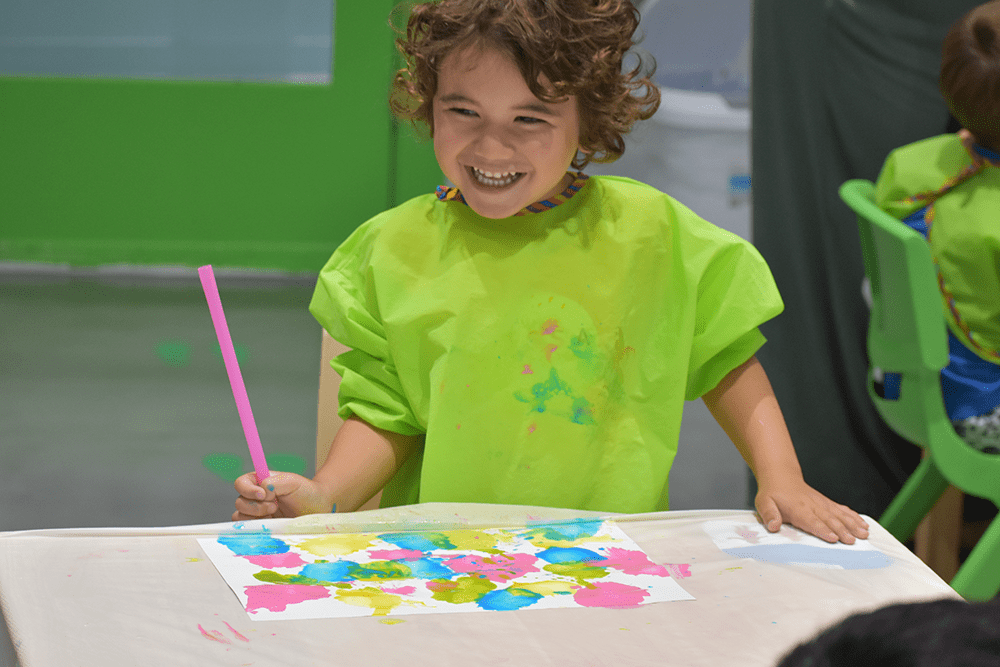 Our Summer-Camp themes allow for varied fun and exploration. Our weekly themes also enable your child to join seamlessly at any time throughout our nine-week camp session.

To infinity and beyond! Campers will explore the solar system and create artwork and performances about the Milky Way. They will also be introduced to famous female astronauts!

America the Beautiful – campers will study the country in which they live! Through traditional music, learning patriotic songs, games and square-dancing, campers will be ready to celebrate the birth of our country this Independence Day!

Our little virtuoso will be learning songs and discovering music from different countries. They will also get the chance to build their own instruments and perform a little concert at the end of the week! The show will go on!

Come cool off with us while experiencing all things wet and also learning about the properties of water! Water games, water balloons, and much more… Splish! Splash!

Van Gogh. Picasso. Seurat. Campers will learn about famous artists and styles of art and imitate the great masters while also getting the opportunity to create works of their own. Painting, drawing, dancing, and using digital technology! Fun!

The Jurassic period has just started at Tessa! Your children will learn about different kinds of dinosaurs and go ‘digging’ in to find fossils. Campers will also learn to appreciate where in the world dinosaur fossils have been found and create works of art related to dinosaurs.

Grab some corn on the cob! Campers will learn what life is like down home on the farm! Pigs, ducks, cows, and lots of songs! Students will also get the chance to go to a real petting zoo.

Lights, Cameras, Action! This week our campers will become Hollywood stars and learn all about how movies are made. They will have the chance to make fun, short films in the target language.

The big party is coming up! Campers will learn dances and customs related to different cultures around the world. They will then throw a big party at the end of the week. Fiesta!

Our Camp schedule includes as much outdoor time as possible. In addition to recess, some planned activities also take place outdoors. Outdoor time is in accordance with the teachers’ planning and weather permitting.

*Before Care will be available, Covid19 permitting.