Parents often seek advice from pediatricians and early education professionals on what their children should be learning. By now it’s pretty much common knowledge that reading to young ones is a fundamental tool, as is having frequent conversations with them. These key components teach children the basics for language and communication foundations that will stay with them for the rest of their lives. We know this, right?

If communication and language development is such a critical part of a learning foundation, then many have considered expanding that learning base by adding additional languages. Bilingual education – the act of learning two or more languages simultaneously – is growing in popularity across the globe in recent decades because of this theory.

Considering the fact that 21 percent of young children are already immersed in a second language at home (Hanen.org), it’s easy to understand why multiple languages are being introduced earlier and earlier in schools. In addition, a growing number of the general population speak a language other than English, so learning to be bilingual is becoming more of the “norm” today than ever before.

While some have been hesitant to add a second language to their young child’s educational repertoire, others are discovering how highly beneficial it can be. According to the U.S. Department of Education, “Learning more than one language is an asset to individuals, families, and our entire society.” In fact, many researchers are encouraging parents to consider adding a bilingual approach to their child’s education for numerous reasons.

When it comes to considering a second language, one misconception is that it may confuse a growing child during the early education stage. It’s easy to understand the basis for these concerns, but researchers have now been able to prove they’re not only incorrect, but the exact opposite is true: bilingual children learn better and faster than other children. (The Hanen Centre)

“Bilingual children are better able to focus their attention on relevant information and ignore distractions” – Hanen.org.

The U.S. Department of Education notes several key benefits to teaching children multiple languages during early childhood. To understand the benefits easier, they broke them down into four basic categories: Cognitive Development, Social-Emotional Development, Learning, and Long-Term Success – all of which, contain major benefits for bilingual children.

Perhaps the greatest (and most immediate) benefit parents can witness in children learning a second language involves cognitive development. In fact, the Department of Education states children who begin learning second languages before the age of six will “have an easier time understanding math concepts and solving word problems; developing strong thinking skills; using logic; focusing, remembering, and making decisions; thinking about language; and learning other languages.”

According to their research, becoming bilingual serves as a means to sharpen (not confuse) young minds. Essentially, it helps children form a basis for processing more complex tasks and learning processes throughout the rest of their life. Bilingualism builds a solid (and organized) foundation of cognitive development when introduced during early childhood education.

Since over one-fifth of the population in the United States consists of multilingual families already, broadening this language experience during school hours only serves to enrich family and community ties. By enveloping the multilingual and multicultural approach outside of family doors, communities grow tighter bonds and understanding with one another.

“Being bilingual supports children in maintaining strong ties with their family, culture, and community. Bilingual children are also able to make new friends and create strong relationships using their second language,” according to the U.S. Department of Education. By bridging the communication gap between languages, bilingual children are able to understand and connect with more individuals, building even stronger friendships within their schools and communities.

In addition to building community relations, research has also shown that bilingual children learn better focus and self-control at critical developmental stages. This crucial skill plays out with overall improved communication experiences with others and again, allows them to build better relationships than students who learn a single language.

For most parents, one of the biggest concerns during the early education phase is kindergarten readiness. There is a lot of question surrounding how to help children be prepared to not only attend kindergarten but excel in it.

One of the best ways you can ensure your child will get the most out of their early childhood experiences is to introduce a second language early on, research shows. In fact, the benefits of bilingualism on the learning process of children are something they will carry with them for the rest of their life.

“Because they are able to switch between languages, they develop more flexible approaches to thinking through problems,” explains the Department of Education. This translates to being able to focus on key elements more easily. It essentially helps children learn how to intake only the important facts while weeding out the information that is otherwise irrelevant. By doing this, it allows children to fine-tune their learning abilities for everything else to come. It’s not difficult to imagine how this skill will be critical to have throughout their lives.

If you want to grasp the kind of impact a bilingual education will have on your child, look at current demographics. According to statistics, 50-65 percent of all adults across the globe now speak a language other than English. By those statistics alone, those who speak only English are already in the minority.

What does this mean for your child? Well, being in the language-minority will most certainly limit the opportunities available to your child as they reach adulthood. By limiting their ability to communicate on a multilingual basis, it is simultaneously limiting their qualifications for future successes.

“Globally, bilingual and biliterate adults have more job opportunities than monolingual adults. (They) have the opportunity to participate in the global community in more ways, get information from more places, and learn more about people from other cultures,” explains the Department of Education.

Overall, more and more researchers are proving that introducing additional languages at an early age has an immensely positive impact on children. In addition to an increase in their ability to focus, higher cognitive function, and improved social and cultural relations, bilingualism has also been linked to several other benefits. Some of which include staving off degenerative cognitive diseases such as Alzheimer’s and Dementia, and a higher annual salary bracket as a result of superior career qualifications.

“Recent brain studies have shown that bilingual people’s brains function better and for longer after developing (Alzheimer’s)… On average, the disease is delayed by four years compared to monolinguals” – Michigan State University News.

This cognitive advantage (as well as the rest of them mentioned above) all boil down to the flexibility and focus that is generated when individuals are immersed in the bilingual world. When bilingual learning begins during the early education years, it has the added benefit of improving their learning potential in multifaceted ways. While adults will still see many of these benefits if picking up a second language later in life, research has shown children stand to benefit the most by becoming bilingual.

If you’re interested in incorporating bilingual learning into your child’s early educational experience, check out these Different Types of Preschool Bilingual Learning for more information. 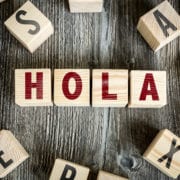 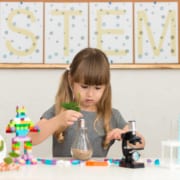 The Process of Language Learning in Children

Will Technology Ruin Your Child’s Development?

Language Spotlight Series: How to Choose a Second Language for Your Child
Scroll to top