When it comes to the topic of bilingualism in early childhood education, many parents often find themselves questioning when – and if – to introduce a second language to their children. The question being, whether or not the additional language studies would serve to benefit or inhibit their child’s cognitive developmental process. For some, the subject may be less of a choice and more of a necessity or way of life (think homes with bilingual family members already), but for many, the decision can bring many questions as far as how bilingualism will affect the cognitive development of their little one.

With decades of research devoted to studying these effects, scholars and researchers have been focused on the correlation between multiple language learning and developmental processes for quite some time now. In fact, many of these studies may seem a bit contradictory to others, making the outcomes somewhat confusing and raising even more questions for concerned parents. The truth is, however, as with all studies, new findings are possible every day and are revised to reflect the most recent and relevant information based on the latest comprehensive research. In other words, the more it’s studied, the clearer the picture becomes. So, what does this mean in terms of the effects of bilingualism on cognitive development?

The number one concern for most parents considering a bilingual educational tract for their child is whether or not introducing a second language at a young age will cause confusion during a critical language learning time. Since understanding communication skills is critical to the successful development of virtually all other cognitive learning processes throughout their lives, it’s easy to grasp the basis for parental concerns for something that could potentially inhibit language mastery. The question becomes then, are these concerns for cognitive delays warranted, or are they part of some outdated research findings?

In order to answer that question, we must first take a look at the full picture. That is, we need to understand that there have been multiple studies done on the topic over the years, which inevitably leads to different findings. The key is to examine the most recent and comprehensive studies available in order to ensure you’re not looking at older information that has since been rendered essentially irrelevant. It’s also important to consider all contributing factors involved with the success rates of bilingual children such as parental involvement and cultural influences on the overall cognitive development process.

Many of the earliest studies are what are behind the apprehension of today’s parents who are considering bilingualism for their children. Studies from decades past had showed a potentially slower learning rate for children who were learning two languages simultaneously – a rate which they attributed to the “confusion” of studying dual communication processes. It was believed that children were showing signs of inhibited learning because they were using both languages simultaneously – or “mixing up” the language of choice.

What these previous studies failed to do, however, was take into consideration the familial and socio-economic factors that helped determine a child’s overall understanding of communication. They also didn’t fully grasp the degree of focus and ability these children were exhibiting by simultaneously mastering the concepts of not just communication, but compartmentalization and empathy as well. Essentially, in the earliest studies, what was once viewed as confusion has later become better understood as a heightened sense of cognitive development and overall communication mastery by young children.

In contradiction to earlier research, the latest studies today have shown immense cognitive development benefits in bilingual children. Not only has the theory of confusion been discredited, but researchers have found that children who are introduced to a second (or third) language during early childhood educational stages have a much higher level of overall learning comprehension as well as a more developed sense of values and problem-solving abilities than their monolingual counterparts.

“Research has shown that, contrary to what many people once believed, bilingualism does not trigger confusion, has no inherent negative impact on children’s development and even has some socio-cognitive advantages,” explains the Encyclopedia on Early Childhood Development (EECD). These advantages come in the form of a more developed level of intellectual focus, higher overall test scores, greater problem-solving skills, a heightened understanding of non-verbal context, and more flexible cognitive abilities in general. In other words, recent studies have shown that bilingualism, when introduced in early childhood, not only has no negative associations with cognitive development, but also comes with a large number of invaluable benefits instead.

Since the brain function of a child learning dual languages requires that child to not only communicate, but correctly choose which language to communicate with, it forces bilingual children to fine-tune their ability to focus and concentrate. It also requires a sense of compartmentalization – a skill which will be crucial in later development. Essentially, young children who study multiple languages are getting a more well-rounded cognitive development than single language children because they are inherently learning multiple lessons at once.

“…Bilingual children show some advantages in understanding the beliefs of others and the communication needs of their conversational partners, picking out the important variables to solve a problem and entertaining two possible interpretations of the same stimulus at once,” writes the EECD.

It is important to remember, however, that these findings are largely dependent upon the outside factors involved in your child’s bilingual learning process. In order for your child to be truly bilingual (and not just a second language learner), requires a great deal of immersion studying and being surrounded by both languages – not just in the classroom. In order for young children to gain the greatest benefits from studying multiple languages, their learning process must be continued at home and on a regular basis, as well as during in-class studies. 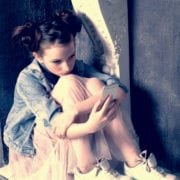 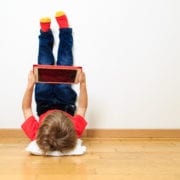 Learning French is fun with TessaPrep!